Parents of a girl who played basketball for Brynjar Karl Sigurðsson for a few years responded to an article by Viðar Halldórsson, professor of sociology, about the documentary ”Raised the bar” 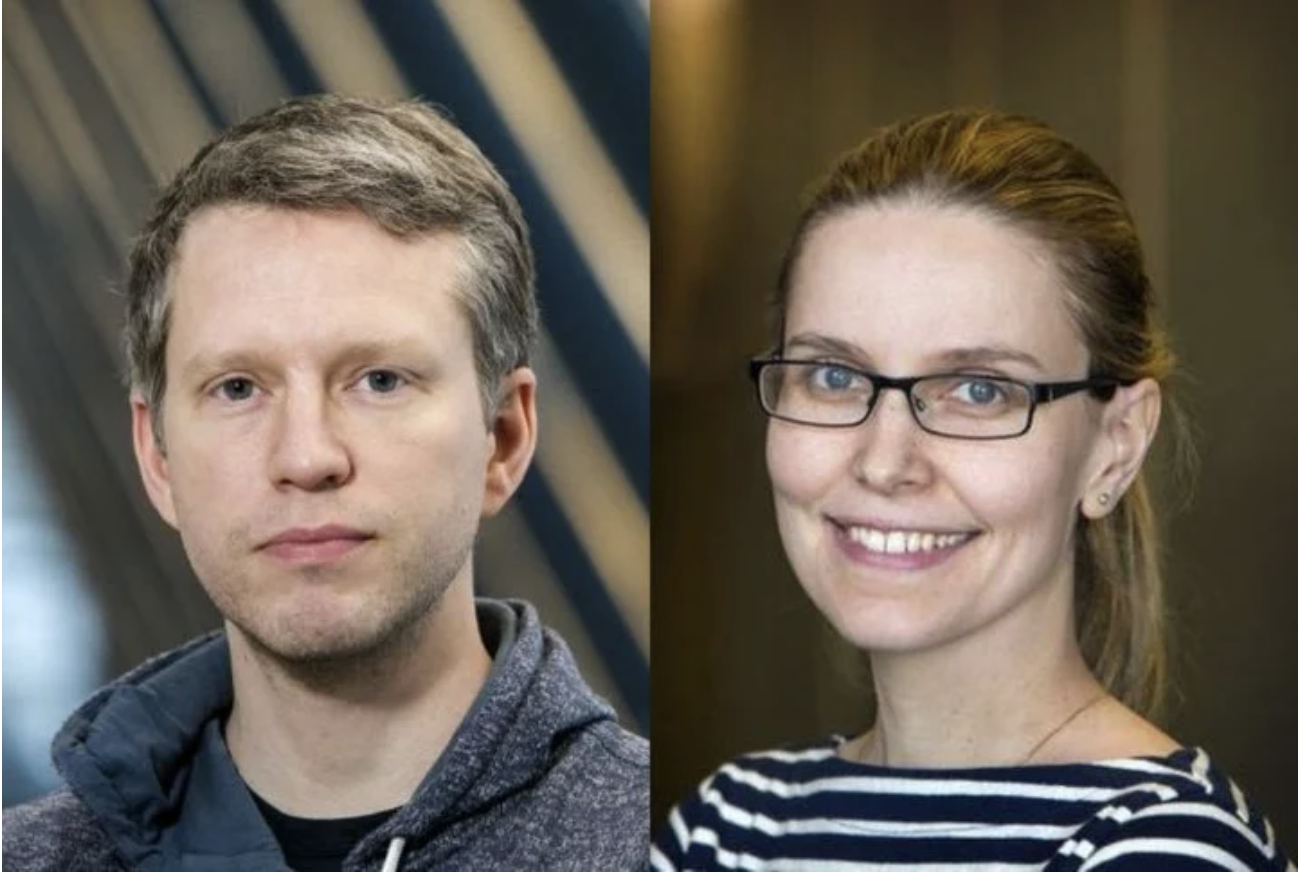 Hello Viðar. In a recent article on Kjarninn, you published your professional assessment of the documentary Raise the bar. The case is closely related to us as we have a daughter who has trained with Brynjar Karl for several years as shown in the movie. Our daughter started playing basketball in Stjarnan and at the same time practiced gymnastics there.

The difference was striking, she was told by a gymnastics coach that she would never be good because she was pigeon-toed. That was all the feedback, no empowerment on how she could work on this challenge. Nobody talked to us about it, the parents, as instructed by the gymnastics department, were not allowed to sit in the stands but had to stay behind a glass wall. In basketball, this was completely different. Parents were strongly encouraged to attend practices and parents were expected to attend on Sundays. Brynjar Karl emphasized that parental involvement is an important part of children’s training.

The emphasis was on improving oneself rather than focusing solely on external achievements and end results, such as titles and trophies. According to her, she was the second worst player in the beginning but found herself scoring more because Brynjar Karl had respect for those who put in the effort regardless of ability or talent. After tireless work, she got better. As parents, we noticed rapid improvements, not in basketball, but in school and communication. She had had low confidence before and let other kids control her. But now, she has taken on more responsibility for her own studies, as habits from the basket apply to other tasks in life.

When we read your article, some alarm bells rang. It took a while for us to locate it, because what you had written was not the concerns of the parents who have kids in the program. Your article is presented with reference to your theoretical knowledge and you sign under as a professor in sociology and specialize in the sociology of sports. It was the scientific alarm bells that rang in our head, as we both work in the fields of science and also know the matter well.

The problem is, you drew conclusions. You did not obtain any data. We do not pretend to know your field of sports sociology, but we do know data. The article makes statements that are not supported by data and the only reason we know, and not you, is because we were there.

From the very beginning of the article, the training is defined as professionalization of youth sports, all other coverage is based on this analysis. At parental meetings, it was emphasized from the very beginning that this was not an professionalization of youth sports but an effortism, similar examples as you mention were mentioned at parental meetings as a warning. There you and Brynjar Karl agree.

We do not care about basketball. In our opinion, team sports are a certain artificial world and often develop into a “show business”. In this respect, they are meaningless for children and adolescents if they are not to be used as educational tools.

You describe this alleged professionalization of youth sports that leaves a “scorched earth” and is “inhumane, where only the most capable survive, and almost no one cares about those who do not succeed”. According to this, our daughter should have given up on Stjarnan. Your hard statements and imagery work better than looking at the data. Which children quit sports because too much is expected of them, and which children quit because too little is expected of them? These are worthy research questions. Children who are at risk must not be forgotten because they are not given the appropriate challenges and tasks. It is known that girls are less likely to be problematic even if they are not being taken care of (at school or in sports), so they quit even though neither they nor others realize that they have not been given suitable challenges. The same problem is found within the education system where there are few specific educational solutions for students who need or want more challenges.

In the year 2015, an employee of Stjarnan’s Basketball League and Brynjar Karl’s assistant coach was trying to put pressure on the head coach of Stjarnan to hire a better coach for the older girls. The head coach said it did not matter at all because girls quit anyway. This is the environment our daughter was entering. The attitude was that it did not mean anything to hire a qualified coach because girls quit anyway.

It is true that this training method is not suitable for everyone, just as traditional training is not suitable for everyone. In fact, it is considering that sports policy is so diverse that everyone should want the same thing. In a traditional environment, our daughter would have quit on her own. Isn’t she as important as girls who fit into a traditional environment? In the spring of 2017, the idea arose to get more coaches to take care of the group and divide it according to whether the girls and families wanted to continue on the same path or receive more traditional training. It was not a proposal to change according to ability or talent, but a willingness. It was not decided in advance that this would lead to the group being divided, if everyone wanted to continue, that would have been the result. The idea that people had a choice and decided what they wanted did not go down well with all the parents and Stjarnan. This led to Brynjar Karl and Stjarnan parting ways. During the summer, more than half of the girls moved to ÍR. At the same time, ÍR operated a party with a traditional format for the families who wanted it. In the article, you mention that a statement from Stjarnan’s Basketball League was sent after the group moved to ÍR, but in fact this statement came out in the middle of autumn after the girls and their parents drew attention to the fact that they were not allowed to compete with boys. No statements were sent to parents about the case, who are, however, considered stakeholders in the case. The statement made serious allegations. A group of parents had a meeting with Stjarnan’s board to find out what was suitable for them and received the answer that nothing was suitable for them. You would have known, if you would have investigated the matter and collected data before you drew conclusions.

As parents, we care about raising good and serving citizens. There are many things that can be improved in our society, such as attitudes towards women in sports. Through our children we can build a better society.

You dismiss what they have learned in a simple way as “misery” and as “tough guy attitude “ and “masculinity”. If you knew them, you would know, for example, that girls from this group have repeatedly dared to stand up to schoolmates who are being bullied. Classmates who are dealing with anxiety have chosen them to be the small group that listens to their lectures in school projects. They are trusted (and have proven to be trustworthy) for this role of responsibility to respect those who face their challenges, as they know it themselves.

How does it conform to the ideology of “old-fashioned masculinity” to acknowledge anxiety and deal with it in a safe environment where everyone supports you and wants to help you succeed? The magic in the girls’ minds is to do what is right even when it is difficult. It is a “tough guy attitude” to stand up for a schoolmate who is being bullied. It’s magical to be 30 points behind in a lost game, but give it your all until the clock strikes.

You talk about overtraining and injuries. You assert in the media: “There was a lot of specialization, a lot of training. There were morning- and afternoon training sessions. Trainings were long and all kinds of diagnostic sessions with a lot of stress, physical and mental. ”It is completely wrong that a lot of specialization has been in the program. No girl was practicing one position above another. Exercises were varied: technical training, playing basketball, set up play, mental training, strength training, concentration training / mindfulness. All the training sessions together were done in 8-10 hours a week (exercises 4x a week from 10 years). You seem to be suggesting that the girl who was suffering from a serious injury suffered from overtraining. That’s wrong. Particular emphasis was placed on strength training to prevent, among other things, cruciate ligament and knee problems, which research has shown are more common in women. When children grow up, it is often accompanied by pain, especially in the knees and legs, and training-load was controlled and taken into account by each girl individually. Girls who practiced other sports at the same time could attend fewer exercises or participate in part, as appropriate. We know firsthand that our daughter had a mild concussion and was out of training for 2 months. She was never pressured to harden herself. On the contrary, she received support through it and reminded her of the philosophy of life: “If you can not do what you want to do, you must want to do what you can do.” What clinical measurements did you use to diagnose overtraining?

Viðar you made a mistake. Everyone makes mistakes. In this article, we just want to point out the mistakes you made as a scholar. Sometimes you can correct them, but you can always learn from them. Our daughter is an expert in mistakes, she knows that the next step is to admit them to herself.

We encourage you to take you as a scholar seriously and talk to us. In fact, as a scholar, you should have the responsibility to interview us and other parents and coaches, attend rehearsals and team meetings, and monitor the parent group before identifying the parent group as a cult with your professional judgment. Another is poor science that did not stand up to peer review in any scientific journal.

Please meet us at the University in Iceland – Háskólatorg on occasion. We promise not to show up with Kool-Aid.

Jóhanna Jakobsdóttir is an assistant of biostatistics at the University of Iceland and Páll Melsted is a professor of computer science at the same school, but that is not the case. Their daughter is Gréta Björg Melsted.