This fall Athena and UMFK started a partnership, kickstarting a basketball program within UMFK driven by Athena. Subsequently UMFK applied for membership to the Icelandic Basketball Federation (KKI) with the goal of having its teams participate in the federation’s Icelandic Championship divisions.

UMFK primarily serves the communities of Kjalarnes and Kjós. Being small communities, they often struggle to gather enough participants for athletic programs and teams, often resorting to mixing multiple classes together to be able to field a team.

In the light of article 15 of KKI’s bylaws, which states: “A player may not play in a younger division than of the age of the player. Any player is allowed to play in any division above his age.” UMFK were expecting that all of its players would have an opportunity to participate in official competitions as long as UMFK would sign up a team in the appropriate age group corresponding to the age of the teams oldest player. 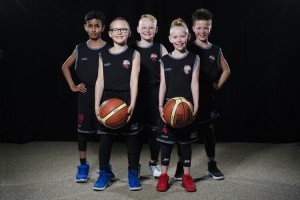 As of today, only two children aged 11 practice with UMFK/Athena and each team requires a minimum of 4 players and can have up to 3 reserves. UMFK signed up a team that was made up of the two aforementioned 11 year old players, two 10 year old players alongside three 10 year old reserves.

According to KKI’s guidelines, which is nowhere mentioned in its laws or bylaws and only appears in an email send out to the affiliate clubs for tournament sign ups, it mentions that if clubs intend on using younger players than that particular age group, they would need to submit a formal request before the sign up deadline.

UMFK’s request was denied on grounds that are nowhere stated or documented in any laws or regulations of the federation, neither was it specified in the original registration email. The official statement from the federation was: “signing up younger players to tournaments has typically been allowed where the younger players are reserves, so that the majority of the team is made up of players of the “right” age.”

The federation suggested a co-sign up with another club. One of the goals of the partnership between UMFK and Athena was to reach a bigger group within the community of Kjalarnes, which has been successful so far. UMFK/Athena think it’s in their players best interest to compete with their own teams, playing for their coaches, implementing their philosophy and tactics. Tactics and basketball IQ are a big part of the UMFK/Athena program, which players receive a great deal of feedback on, all contributing to building togetherness and a unified team.

UMFK/Athena would like to point out that other clubs routinely sign up 4 teams to each tournament in accordance with the number of participants within each respective club in order to allow everyone to have an opportunity to play.

The board of UMFK/Athena thinks that the federation’s denial is not in accordance with its rules and bylaws and requests that the federation reconsider their position on the matter and therefore actively participate in providing equal opportunity for everyone to play basketball.