For the first time in the club’s history, Athena will send a senior women’s team to compete in the Icelandic women’s basketball league and play in its second division this coming season.

For the past two years, Athena has been practicing and playing its home games in Kjalarnes in the Sports Center at Kléberg, but at this juncture the club has outgrown the small facility. Given Athena´s incredible success, massive growth and now, plans to participate in the senior division, the club’s demand for facilities has grown. Kléberg does not have bleachers for spectators, the court is too small and not legal for the second division. As soon as the decision was made to sign the team up for the senior division the necessity to find a legal home court became apparent. Athena is a member of the Reykjavík Sports Union (ÍBR), which is responsible for allocating training and competition facilities for clubs within the municipality of Reykjavík, and the union was tasked with finding gym time for the senior team’s games in Reykjavík.

ÍBR were unable to find a time slot in Reykjavík for the club’s 11 home games, scheduled to be played at 17:00 on Saturday evenings. Subsequently, ÍBR rented time at the Álftanes Sports Center in the municipality of Garðabær, which is on the outskirts of Reykjavík, and was confirmed in a letter from Garðabær’s athletics officer on the 16th of June.

The day after a news article appeared on mbl.is on July 5, announcing that Athena would be competing in the Icelandic senior women’s league, Athena’s representatives received a notice stating that the rental of athletics facilities in the Álftanes Sports Center had been withdrawn. The explanation that Athena received from reliable sources was that the management of Garðabær’s local club, Stjarnan, had opposed ÍBR’s renting of gym time at the Álftanes Sports Center and asked the town council to revoke the provision of facilities for Athena. There is no exact explanation for the hostility towards Athena from Stjarnan and the city council of Garðabær.

There is therefore no end to the obstacles that Athena faces in the club’s efforts to achieve what can only be described as legitimate participation in Icelandic sports. 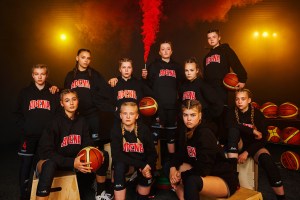