This season we will play our home games in Álftanes, Bergþóra Holton Tómasdóttir has joined the team as a player, more exciting news to come, stay tuned!

The basketball club Aþena-UMFK from Kjalarnes will play in the 1st division of women’s basketball next season. The club will have a senior team for the first time, but so far it has focused on younger teams with Brynjar Karl Sigurðsson at the forefront.

He attracted a lot of attention in the documentary Hækkum rána which was released earlier this year, but the film was about 8-13 year old girls that he coached at ÍR in 2015.

“We want to expand this group that has been training in Kjalarnes and we believe that it is best for our training group that we take in older girls. They are getting to the age where they are competing with girls who have joined the Premier League team. This suits us better, getting a bigger training group as the group has been small, “said Brynjar in a conversation with mbl.is.

Former national team player and Icelandic champion Bergþóra Holton Tómasdóttir, who has coached at Athena, will join the squad, in addition to which the club intends to add other experienced players.

“It is unclear how the group will be, but Bergþóra Holton will at least stop coaching and suit up,” said Brynjar. He does not rule out the addition of a foreign player. “We are looking into it, but it is not our priority. We will definitely do it, just to reach a certain number of players, which is harder on the girls’ side. There are a few in the group who are 14 years old, but in the champions league these will be players who are 15 years old and older. They start in the 1st division where teams are, for example, sending in B-teams. ”

Brynjar is still coaching girls who were in the lead role in Hækkum rána, but many of them have now reached the age of being able to play on a senior team.

“Now they have reached the age where they could play in the champions league. Half of them are from the famous group from ÍR and there were only seven girls who started playing in Kjalarnes two years ago. We were arguing that if it was difficult to get younger girls into this we would throw ourselves into the women’s league. My daughter said she would stop playing if there was another year where we were accepting beginners. There are some girls here who are damn good, “said Brynjar. He knows little about how strong the team is compared to other teams in the 1st division.

“I have no idea,” Brynjar admitted and continued. “I’m concentrating on creating a good training group because it has been lacking for the last two years. We’ve had a small group of people with us so far, so the main focus is to create a good training group. It’s easier to do that if we can add girls who have reached high school age. I’m primarily in this to develop and develop players. I do not take the Icelandic championship title seriously. ”

He says that it is difficult for a new club to enter the league competition in Iceland and especially when the club’s home ground is not a legal competition court. The team will play their home games in Álftanes so supporters who want to encourage the team will have to take a good trip.

“It’s a terrible situation when it comes to making the court legal. There are no legal competition facilities here as there are no bleachers for spectators. This was the only thing that could be found for us, so those who go to home games from Kjalarnes always go to “away” games. It was hardly possible to go further away. This is still a festival compared to the morale that has met us from the basketball community. Obstacles have been sprinkled down for this club and it’s like an obstacle course. New clubs are not expected to emerge. This is a hostile environment for that, “said Brynjar and continued.

“This is Athena-UMFK and this is an 80-year-old club, but this is a bastard in this community. We need to pave the way for a club that comes from a neighborhood that is clearly lacking in some kind of atmosphere, “he said.

Unlike most other clubs in this country, Athena is run entirely by volunteers. Brynjar and other coaches pay their own expenses.

“It will be very interesting to see what can be done about this. We’re not straight Kría (Sports club) or Kórdrengir (Sports club) or anything like that. This is run on junior groups and then all of a sudden there is a senior team. This is exclusively voluntary work and the opposite of other clubs. “All coaches have to pay with them and buy the uniforms and drive up to Kjalarnes,” he said.

But why does Brynjar put so much effort into unpaid work? “I love these kids. This is crazy and I have my kids in it too. This is something I know and this is the perfect place to raise children, “said Brynjar Karl. 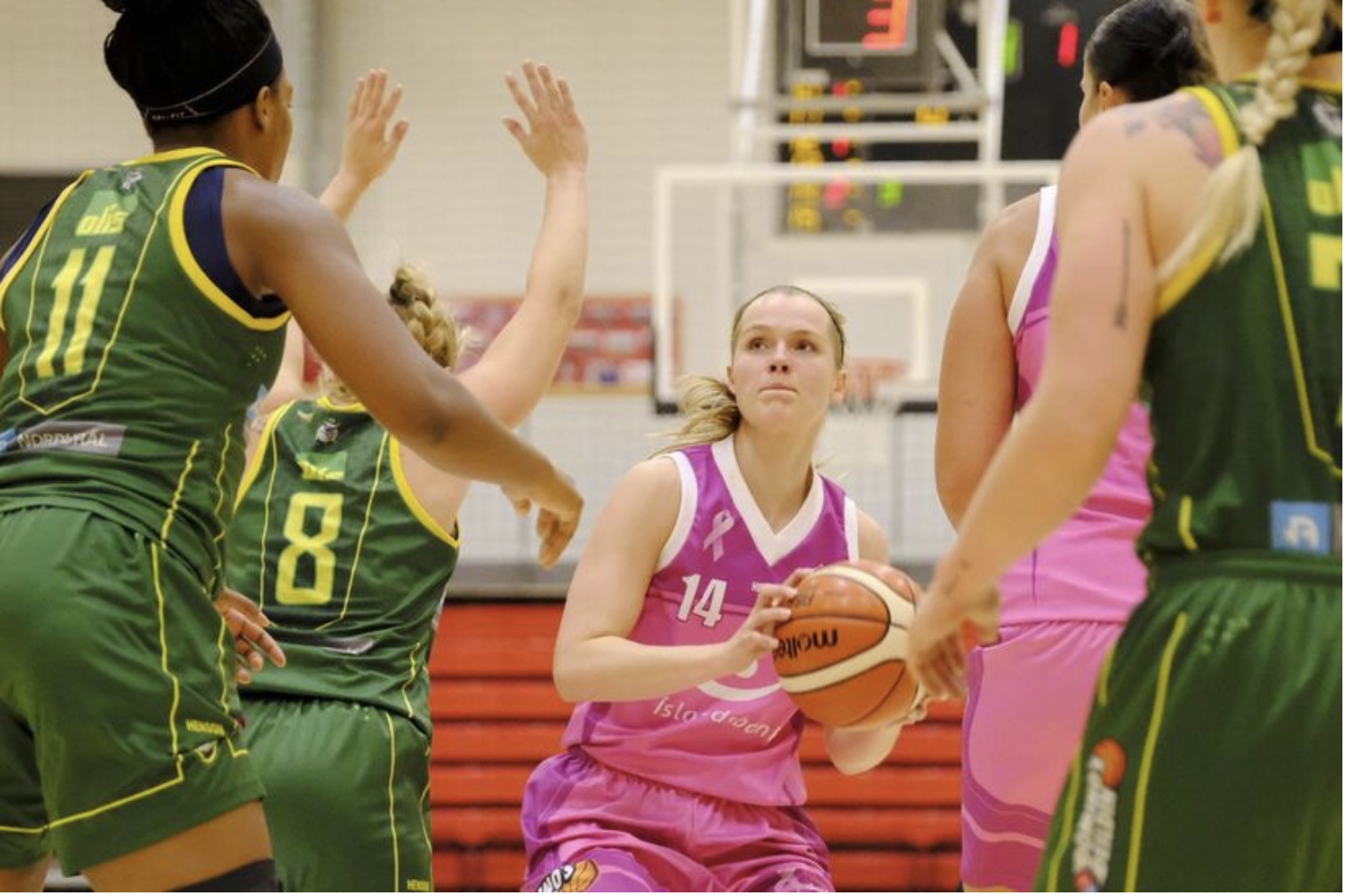 Bergþóra Holton will be playing with the team next season