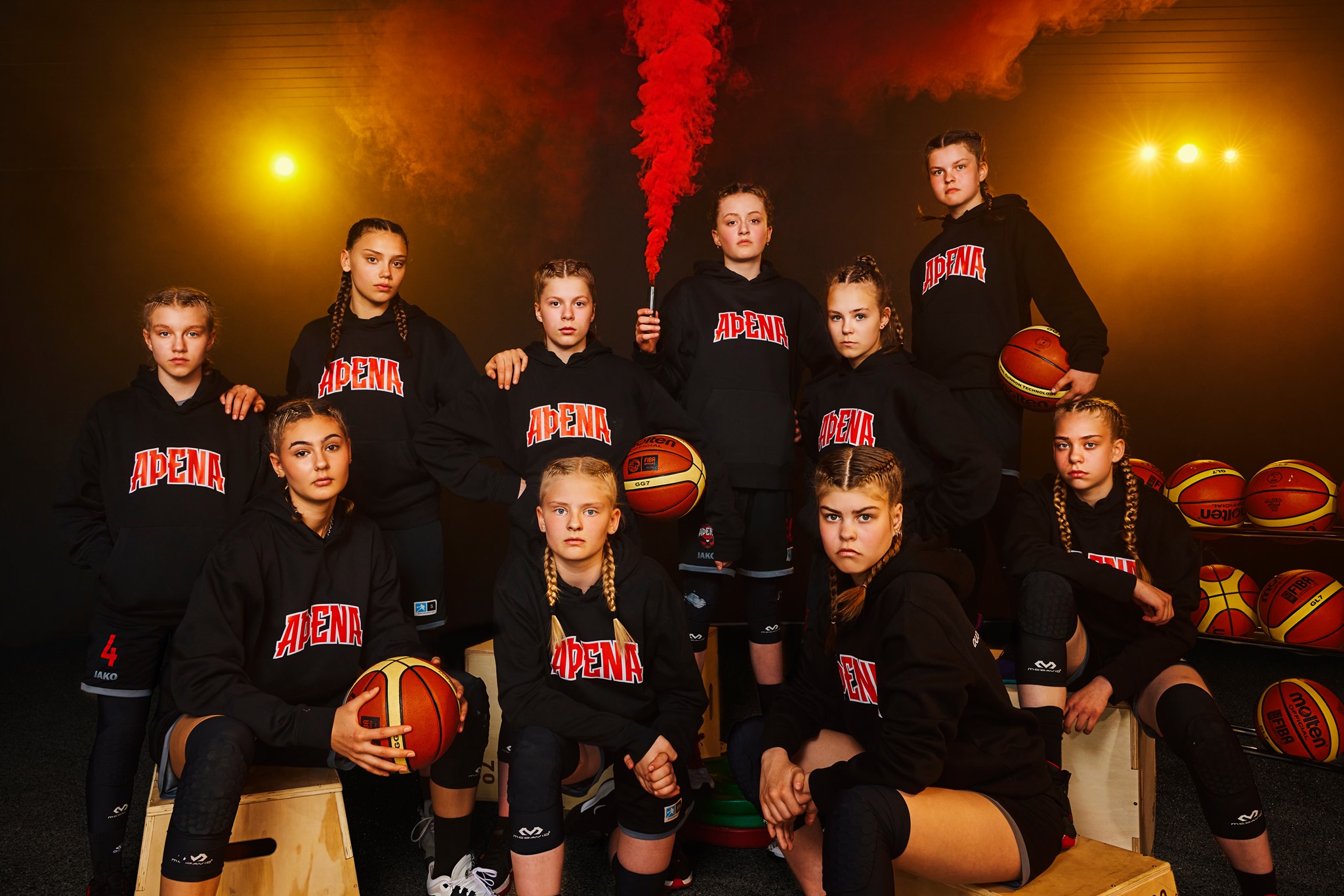 Athena is a basketball club founded on June 19th, 2019 in Reykjavík, Iceland with the goals of empowering women in sports and increase their worth along with increasing sport participation of second generation immigrants in Iceland.

Despite its young age, the club boasts of one of the top basketball programs in Iceland with world class coaching, strength training and leadership programs. Young players are given every opportunity to improve their game and improve as leaders, on and off the floor while upholding the values the club was founded on to carry on its legacy into the future.

Brynjar Karl is a former national team basketball player, entrepreneur and the head coach of Athena.

A recipient of a basketball scholarship, Brynjar studied psychology at the UAM. After graduation, he founded Sideline Sports, a company that specializes in quality management for coaches and professional sports clubs. As the founder of Sideline Sports, Brynjar has served as a consultant for NBA, NFL, NCAA, and English Premier League coaches.

2004 – 2012 Brynjar was in charge of the development of FIBA´s teaching material, including technical skill development, strategy along with strength and conditioning coaching. During the same time he was responsible for game analysis and break down of World Cup and Olympic games for FIBA.

In 2005 Brynjar founded FSu Basketball, the first sports academy of its kind in Iceland. Immediately becoming the youngest team in history, to play in any of Iceland’s top leagues after reaching the top division in 2008 only three years after its founding.

In early 2021 Brynjar’s team was in the global spotlight when the documentary, Raise the Bar, was released worldwide. The movie follows the Athena girls  that, with Brynjar’s guidance, fight for new standards and better opportunities within women’s basketball.

Brynjar is an experienced lecturer and coach. In 2010, founded Key Habits which currently operates in Reykjavik, Iceland and London, UK. At Key Habits Brynjar specializes in mental training, personal goal management and increased emotional intelligence and has been a driving force behind the development of those topics in Iceland the last few years.

Athena’s founding principles are deeply embedded in the clubs story. Even though the club was formally founded in 2019, it’s spirit was born years ago when a few girls showed up to their first basketball practice with Coach Brynjar Karl. Since then, the girls have walked through fire to achieve their goals and through their adversity grown to accomplish remarkable things.

When you join Athena you buy in to the values the club was founded on as while keeping the same values alive as you help us write the next chapter in Athena’s story.

Before you become a part of our future, you should get to know our past:

In 2015, Brynjar Karl started coaching his daughter’s basketball team, despite the fact that he had promised himself never to coach a team again. The team’s stated goal was to “increase the worth of women’s basketball”.

6 years later, they found themselves in a situation where they saw their own story unfold on the big screen when Raise the Bar premiered around the world.

Their inspiring but at the same time controversial story provides leadership lessons in real life and examples of what it takes to go against the flow.

Sports are a big part of our culture. They play an enormous role in shaping our children, not only as athletes, but as people. The general consensus is that sports are immensely beneficial for our children, that’s why parents have always encouraged their children to participate. Ideally, sports facilitate physical health, personal development and provide equal opportunities for both genders.

In 1976, in Iceland, a law was passed ensuring gender equality in all facets of life, including athletics. An additional bill was passed in 2008 further emphasized gender equality and gender integration in all parts of society. Despite these legislative efforts, the desired results have not yet been achieved.

Gender inequality is deeply rooted within the sports community and there remains a great amount of work to be done. It has proven difficult for the average sports club to lead the way and formulate clear policies regarding these issues. The onus on most sports clubs is that they should provide everything for everyone, which has been impossible to accomplish, and Icelandic sports clubs are no exceptions. Although there have been encouraging signs that clubs are addressing gender inequality, it’s clear as day a lot of work remains to be done.

Athena is a new club, founded on June 19th, 2019. The objective of the club is first and foremost to even out the societal gender imbalance by empowering young female athletes through coaching and mentoring. The goal of the club is to work towards and achieve gender integration in youth sports, following in the footsteps of various European countries where athletes can participate in mixed-gender teams until they become 14 years old.

The founders of Athena have multiple years of experience coaching both girls and boys and it’s their experience, without exception, that girls receive less quality coaching, worse facilities and therefore less opportunity. This is a common experience for players and their parents before joining Athena.

Athena works within current gender equality laws and guidelines, raising awareness around the issue. We work tirelessly to advance equality by empowering female basketball athletes. This way we hope to highlight the inequity between genders in sports, we simply want to see established laws and regulations observed and enforced.

Athena is available to both girls and boys, and everyone is coached the same regardless of gender, ensuring equal opportunities. In our coaching, the sole focus is on the will and the ability to get better.

Athena specializes in character and mental training. The goal of Athena is to be a role model and guiding light at a global level for other clubs, raising the bar when it comes to coaching young women, encouraging other organizations and other clubs to follow suit. The program addresses anxiety and low self-esteem, which are common among young women, giving them tools and techniques to face those challenges head on. Additionally, we focus on personal goal management, emotional intelligence, improved self-awareness and leadership skills. The program emphasizes constant self-improvement and demands a lot of its players, off and on the court.

Athena will provide opportunities for children to participate in sports they would otherwise not be able to. We will ensure that those children receive leadership training, enabling them to compete and learn within the program, regardless of their family’s socioeconomic status. Although the coaching focuses on the children themselves, Athena requires a great deal from the parents as well. It’s important that the parents understand the philosophy and technique that drive the program. This network of parents provides support and guidance to families that otherwise would not be able to spend as much time or be as involved in their children’s athletics. This way we ensure that that no child is left behind and everyone will receive the same opportunities.

One of Athena’s goals is to establish a coaching academy with the aim to produce competent and skilled female coaches who will coach at the highest level, both in women’s and men’s leagues.

It’s our belief that the entire sports community needs to realize that gender integration and equal opportunity should be at the forefront of every athletic program. Athletics are an underrated and underutilized platform to improve and influence young people in a positive manner. It’s our duty to introduce, emphasize and reinforce the ideal of gender equality in everything we do by providing first class leadership coaching for young people.

We feel certain that this kind of coaching produces tomorrow’s leaders.